Walk out of Aldgate Tube and stroll around Whitechapel Road in east London today, and you’ll experience the heady sights, smells and sounds of the temples, mosques and curry houses of Brick Lane – so typical of modern multicultural Britain.

Most of us tend to think that black people came to Britain after the war – Caribbeans on the Empire Windrush in 1948, Bangladeshis after the 1971 war and Ugandan Asians after Idi Amin’s expulsion in 1972.

But, back in Shakespeare’s day, you could have met people from west Africa and even Bengal in the same London streets.

Of course, there were fewer, and they drew antipathy as well as fascination from the Tudor inhabitants, who had never seen black people before. But we know they lived, worked and intermarried, so it is fair to say that Britain’s first black community starts here.

There had been black people in Britain in Roman times, and they are found as musicians in the early Tudor period in England and Scotland.

But the real change came in Elizabeth I’s reign, when, through the records, we can pick up ordinary, working, black people, especially in London.

Shakespeare himself, a man fascinated by “the other”, wrote several black parts – indeed, two of his greatest characters are black – and the fact that he put them into mainstream entertainment reflects the fact that they were a significant element in the population of London. 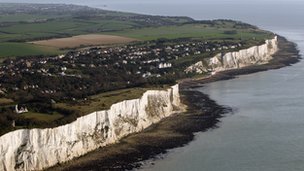 Employed especially as domestic servants, but also as musicians, dancers and entertainers, their numbers ran to many hundreds, maybe even more.

And let’s be clear – they were not slaves. In English law, it was not possible to be a slave in England (although that principle had to be re-stated in slave trade court cases in the late 18th Century, like the “Somersett” case of 1772).

In Elizabeth’s reign, the black people of London were mostly free. Some indeed, both men and women, married native English people.

The parish records of this time from “St Botolph’s outside Aldgate”, are especially revealing. Here, among French and Dutch immigrants, are a Persian, several Indians and one “East Indian” (from today’s Bengal).

In this single small parish, we find 25 black people in the later 16th Century. They are mainly servants, but not all – one man lodging at the White Bell, next to the Bell Foundry off Whitechapel road, probably worked at the foundry.

Some were given costly, high status, Christian funerals, with bearers and fine black cloth, a mark of the esteem in which they were held by employers, neighbours and fellow workers.

Among the names are these: 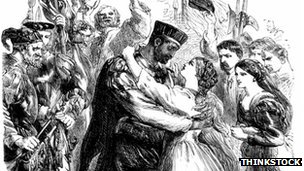 The lead character in Shakespeare’s play Othello is black

Among later names, we find:

Sometimes the detail in the Botolph’s register is absolutely fascinating.

In 1597, for example, Mary Fillis, a black woman of 20 years, had, for a long while, been the servant of Widow Barker in Mark Lane. She had been in England 13 or 14 years, and was the daughter of a Moorish shovel maker and basket maker. Never christened, she became the servant of Millicent Porter, a seamstress living in East Smithfield, and now “taking some howld of faith in Jesus Chryst, was desyrous to becom a Christian, Wherefore shee made sute by hir said mistres to have some conference with the Curat”.

Examined in her faith by the vicar of St Botolph’s, and “answering him verie Christian lyke”, she did her catechisms, said the Lord’s Prayer, and was baptised on Friday 3 June 1597 in front of the congregation. Among her witnesses were a group of five women, mostly wives of leading parishioners. Now a “lyvely member” of the church in Aldgate, there is no question from this description that Mary belonged to a community with friends and supporters. 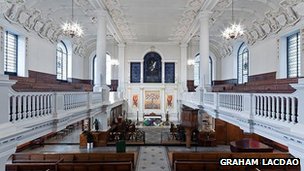 Despite the story of Fillis, the lives of others were far from sweetness and light, of course. The lives of some black people were as free as anywhere in the white European world, but, for many, things were circumscribed and very hard.

Some black women worked alongside their white counterparts as prostitutes, especially in Southwark, and in the brothel area of Turnmill Street in Clerkenwell. Here the famous Lucy Negro, a former dancer in the Queen’s service, ran an establishment patronised by noblemen and lawyers. Lucy was famous enough to be paid mock homage in the Inns of Court revels at Gray’s Inn.

Her area of London was notorious. “Pray enquire after and secure my negress: she is certainly at The Swan, a Dane’s beershop in Turnmil Street,” wrote one Denis Edwards in 1602. Shakespeare’s acquaintance, the poet John Weaver, also sang the praises of a woman whose face was “pure black as Ebonie, jet blacke”.

“The queen is discontented at the great numbers of ‘negars and blackamoores’ which are crept into the realm since the troubles between her Highness and the King of Spain, and are fostered here to the annoyance of her own people.” 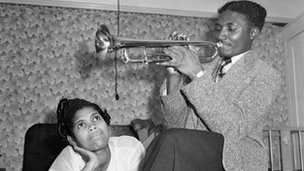 The “great numbers” were mainly galley slaves and servants from captured Spanish vessels, and a plan was mooted to transport them out of the country. Was this the first example of government repatriation? In July 1602, Cecil was putting pressure on the merchants, one of whom wrote:

“I have persuaded the merchants trading to Barbary, not without some difficulty, to yield to [ie pay for] the charges of the Moors lately redeemed out of servitude by her Majesty’s ships, so far as it may concern their lodging and victuals, till some shipping may be ready to carry them into Barbary…”

Whether this actually happened is unclear. No more then than now, should we take a government’s pronouncements on such matters at face value?

But it is at least worth noting that the authorities felt duty-bound to look after food and lodging while the freed slaves were in London. But it cannot be, as is sometimes claimed today, that this edict applied to the many black people who, like Mary Fillis, were living as citizens in London, as they were in Bristol.

Brief as they are, such hints suggest a surprisingly rich hidden narrative for black people in Elizabethan England.

From Lucy Negro to Mary Fillis, their numbers grew in the 17th Century as they were joined by large numbers of people from India and, in particular, Bengal.

Sadly, their own story, in their own words, is lacking, but by the time we reach the 18th Century, we have the remarkable works of prose, poetry and music written by black Britons, among whom the likes of Olaudah Equiano, Ottobah Cugoano and Ignatius Sancho deserve their place in any list of Great Britons.

By the 18th Century, it is thought as many as 20,000 black servants lived in London. They even had their own taverns where they greeted defeat of the “Somersett case” and the victories of the abolitionists with raucous good humour.

Their numbers were still small compared with the population as a whole, but they already had a role in our national story. What would Mary Fillis make of things today I wonder? And what would we give for her story?

Want to join the discussion?
Feel free to contribute!